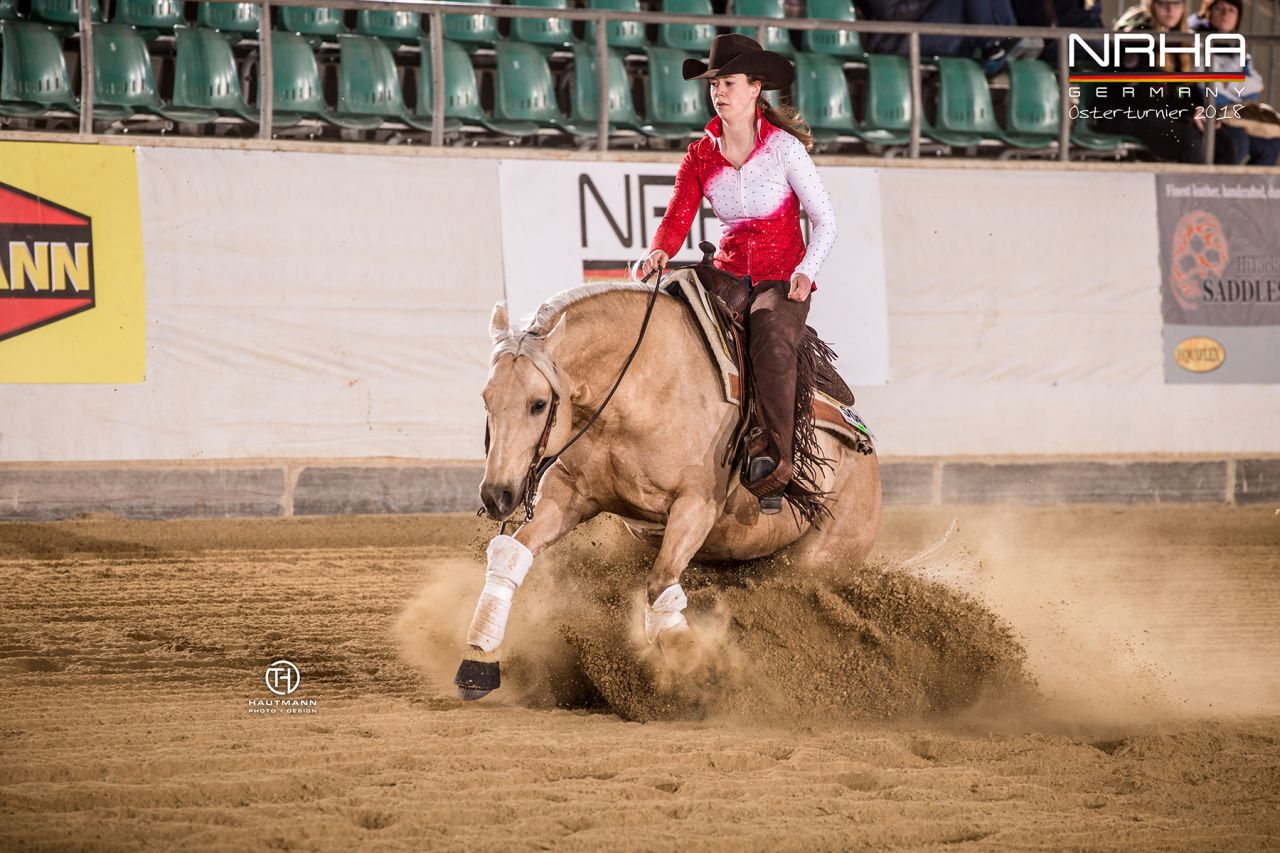 Anna Lisec was able to impress early in the class with a super run that was rewarded with a super score. Seemingly effortless she guided the 8 year old gelding THIS WIMPS SO FLY through every single maneuver and spectators and judges alike were treated to some fast and clean spins, a fine tuned speed control and tremendous stops. 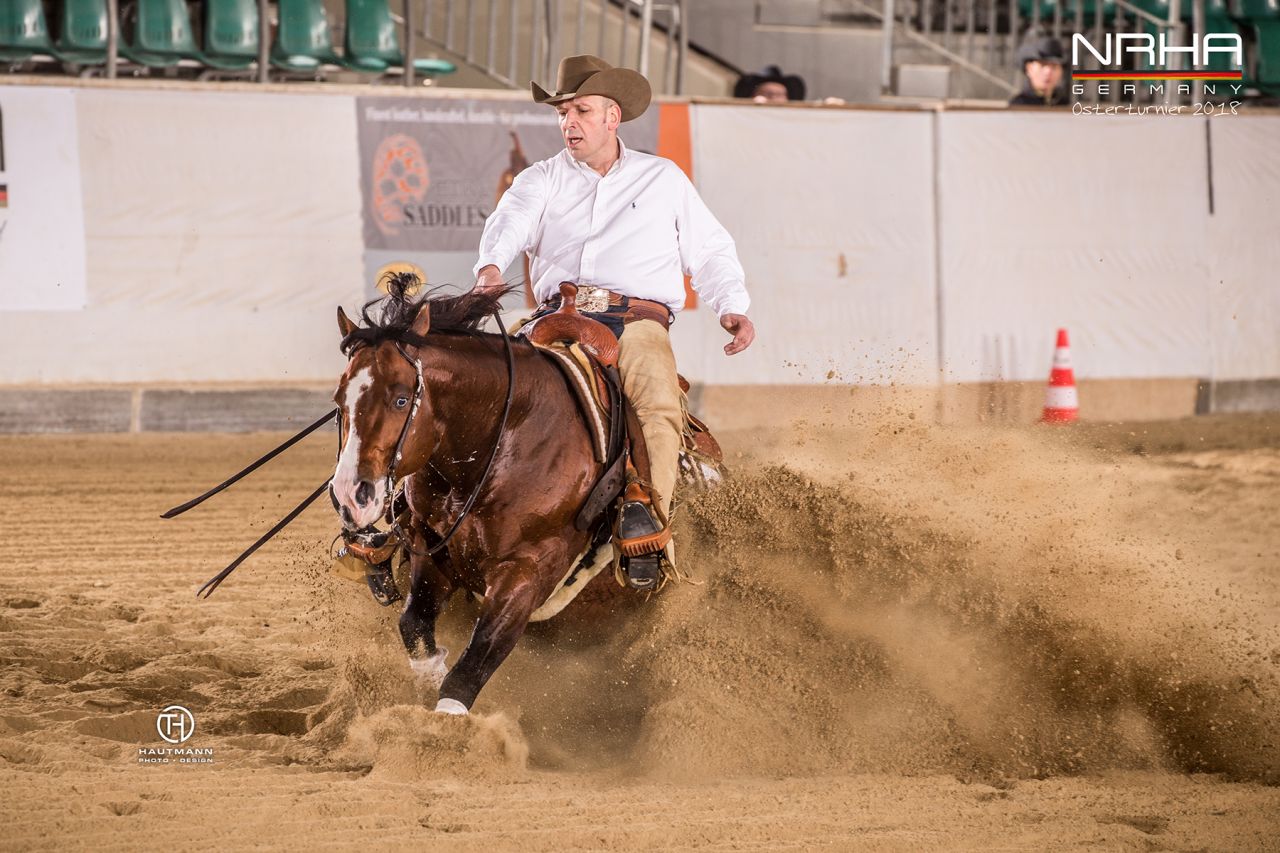 Last in the draw, Austria's Markus Morawitz and GUNNERS CHIC MAGNET "gave everything" and drew even with Anna, also marking a 222.5. The 7 year old stallion is owned in Austria by & Tamara Ahorner.

Both waived their right for a run-off.

Young French rider Axel Pesek on his 8 year old stallion UNCLE SPARKY came in third with a very nice run and a score of 218.

An exciting highlight to end this year's Easter Show of the NRHA Germany!