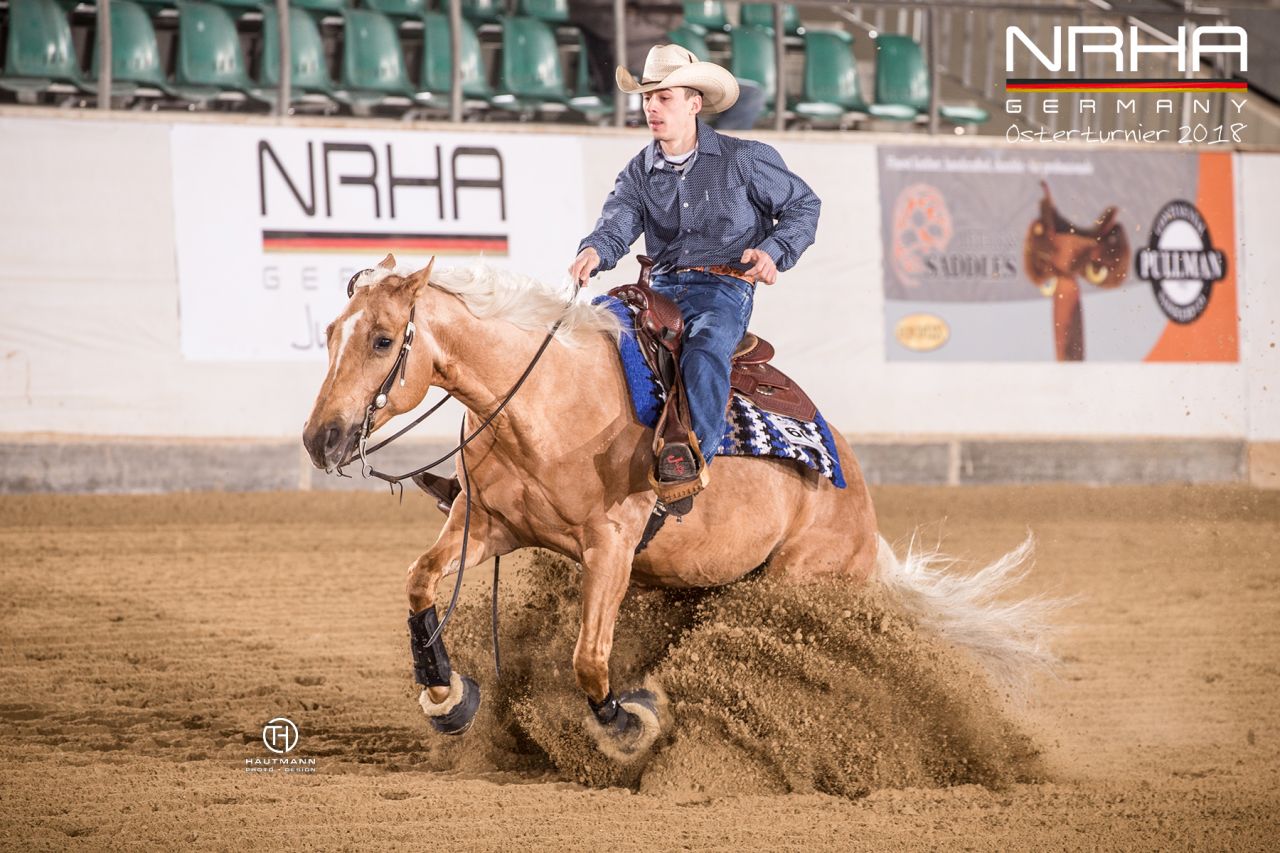 Early in the class Patrik Peszke guided the 8 year old mare WIMPYS NIGHT STEP through the maneuvers and scored a 141, thus winning the co-champion title. The flashy palomino is owned by Bernice Engel. 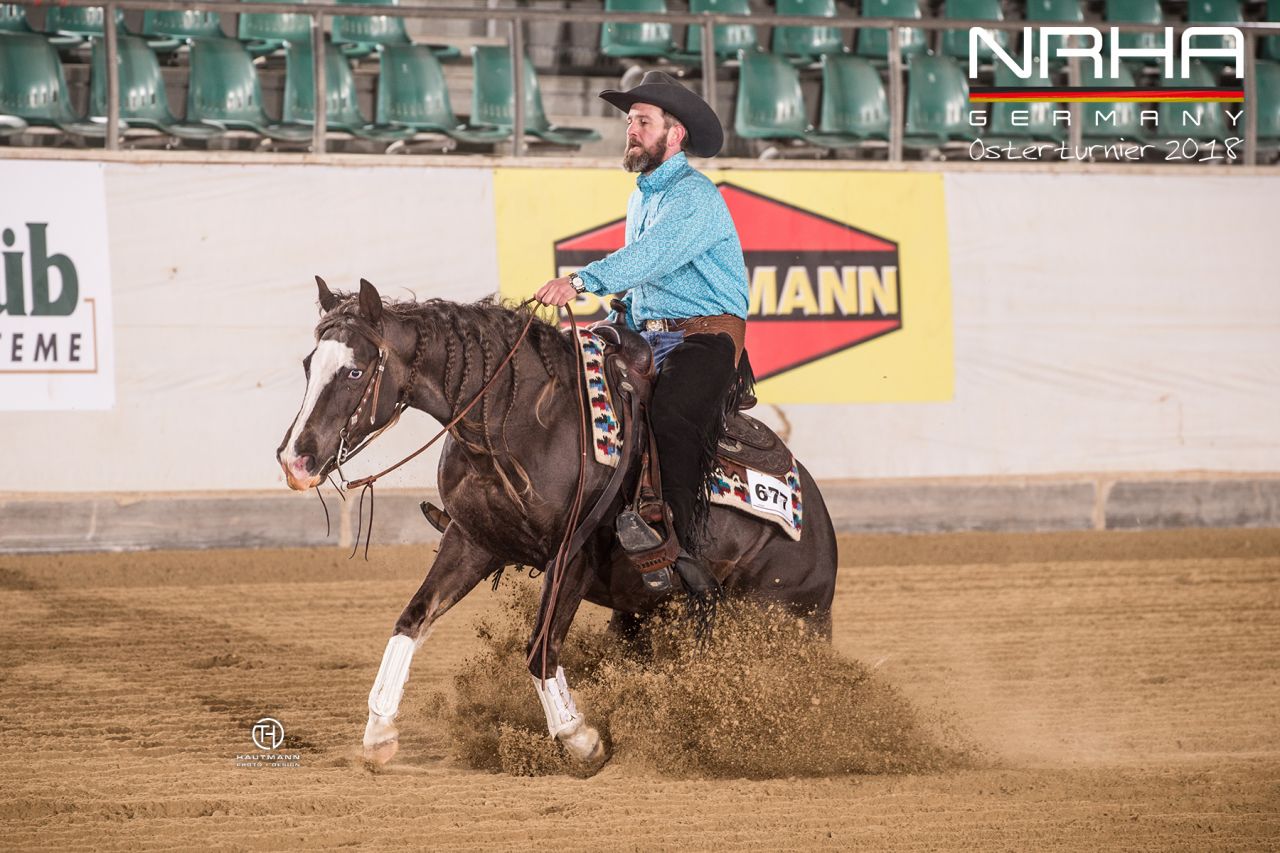 Oliver Stein matched the score with the 6 year old mare RS BLUE WHIZ STAR (owner: Kathrin Schütte). This proved to be the winning score and the riders chose not to run off. Instead they were declared co-champions. However, a coin toss let Oliver take home the trophy and the blue ribbon.

Also a tie on third place with a score of 140.5 between Markus Süchting on SPOTLIGHT CHARLY (owner: Susanne Schöning) and Johannes Hasenauer riding WIMPYS LITTLE KEEN for Günter Hillebrand.